Review of A Royal Christmas Ball 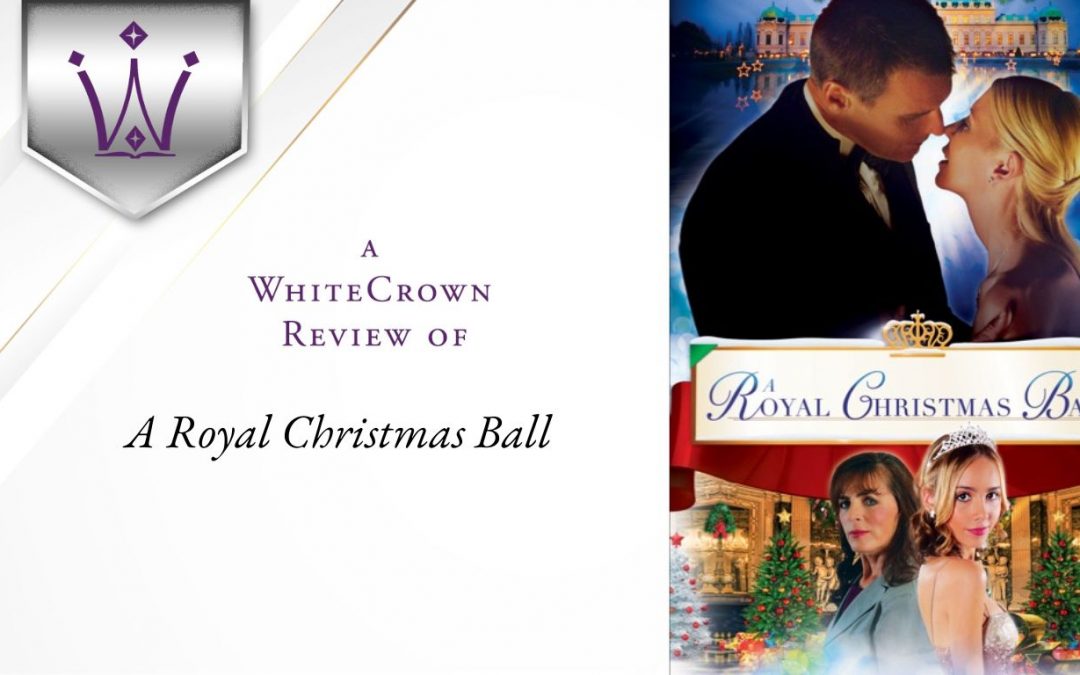 Dateless for the Christmas ball, bachelor King Charles of Baltania tracks down Allison, his American college sweetheart, only to discover she has never been married, yet raised a 17-year-old daughter, Lily, who mathematically might be Charles’ child.

Many adjectives come to mind when I consider made-for-TV Christmas movies: cheerful. Heartfelt. Romantic. Feel-good. Familial. Unusual isn’t one of them. Nevertheless, after ninety-some minutes of A Royal Christmas Ball, that word is about the only one I feel confident using to describe this movie. Aspects of this movie appealed to me at certain times, but overall this A Royal Christmas Ball was too off-kilter to be one that I’ll rewatched annually in December…or during any month of the year.

A main issue I had with this movie is that its title did not much reflect the plot of the movie. Despite that ball featured in the title, the titular event featured perhaps ten minutes of the entire plot. Balls are a focal point of royal life–or, at least in fictionalized royal life–so most viewers or readers will want a decent amount of time to see such a event unfold on the screen or page. And when that event unfolds, a significant purposes for it would benefit all involved the plot. A Royal Christmas Ball didn’t uphold these ideas, so when those final ten minutes of the movie appeared on my screen, I was left feeling flat.

The leading man and woman of A Royal Christmas Ball didn’t do much for me, which meant my attention wondered too often for my liking when these two were on screen. Tara Reid, an actress that I first came upon in the early 2000s, retained more of her appearance from her younger years than made this venture onto the Up Faith & Family channel believable. No matter how much I tried, I just couldn’t push this aside to see her as the mother and love interest as a royal as needed to be for this movie. The actor who played the prince was neither here nor there throughout the duration of the movie. He didn’t emulate a prince for me, but nothing warranted him not being worthy of being on screen, so perhaps in another movie he could fulfill the role without question. Together, though, these two did not fit as a hero and heroine dynamic, let alone a king and queen, which was a bigger problem.

Nevertheless, three characters stood out in A Royal Christmas Ball: the teenage daughter and the two sidekick characters. The teenage daughter was someone that teenage me would have loved to be friends with in high school. Believable, adorable, and cute, she is an actress I’m looking forward to seeing more of on screen. The two sidekicks were funny and enjoyable, and whenever they came on screen I happily returned my attention to the movie. I wouldn’t watch this movie again, but if any of these three were in another royal movie, I would give it a go.

Disclaimer: I watched A Royal Christmas Ball on Amazon Prime. I was not required to write a review, and this does not influence my review, positive or otherwise. All opinions expressed are mine alone.