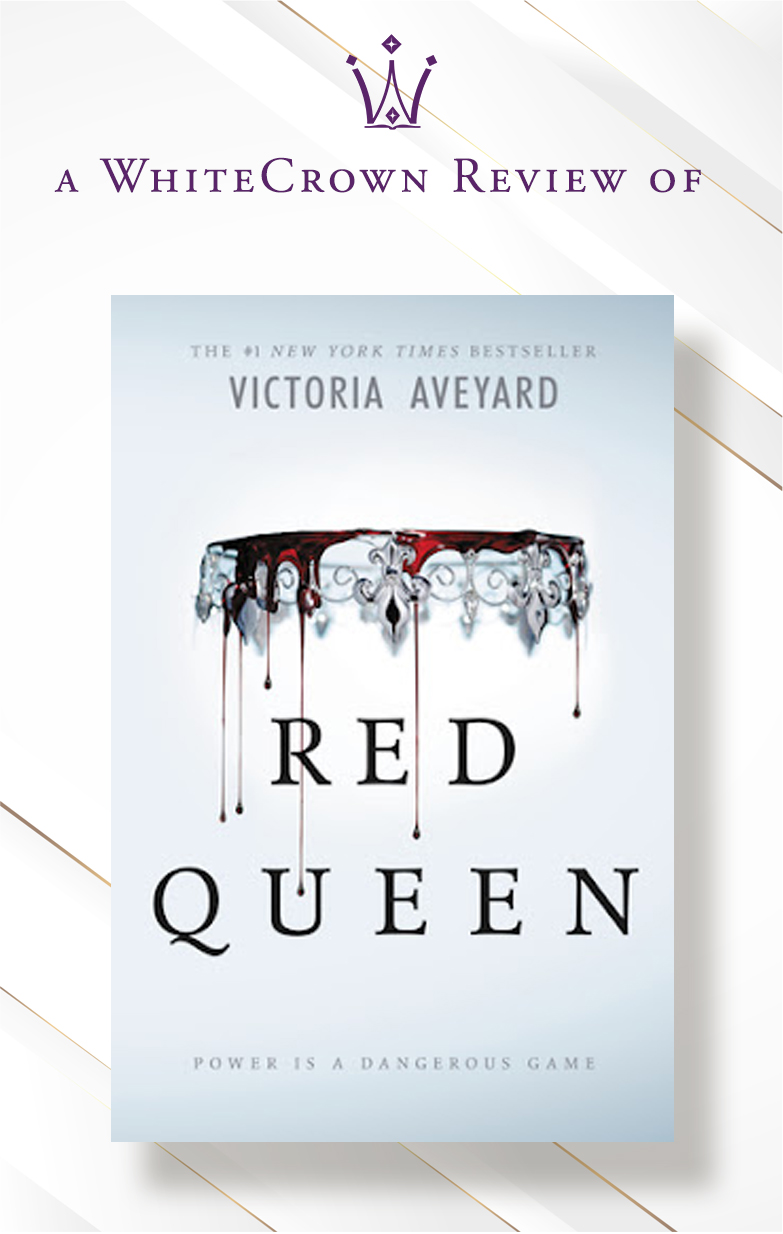 This review first appeared on http://www.bookwormmama.org

This is a world divided by blood – red or silver. The Reds are commoners, ruled by a Silver elite in possession of god-like superpowers. And to Mare Barrow, a seventeen-year-old Red girl from the poverty-stricken Stilts, it seems like nothing will ever change. That is, until she finds herself working in the Silver Palace. Here, surrounded by the people she hates the most, Mare discovers that, despite her red blood, she possesses a deadly power of her own. One that threatens to destroy the balance of power. Fearful of Mare’s potential, the Silvers hide her in plain view, declaring her a long-lost Silver princess, now engaged to a Silver prince. Despite knowing that one misstep would mean her death, Mare works silently to help the Red Guard, a militant resistance group, and bring down the Silver regime.But this is a world of betrayal and lies, and Mare has entered a dangerous dance – Reds against Silvers, prince against prince, and Mare against her own heart. (Goodreads)

Y’all probably know by now that when I find a YA series that I really like…I binge read (see my reviews on The Selection, Leviathan, and Lunar Chronicles) the ENTIRE series. While I attempt to SWOOF (squeeze words out of feelings) Red Queen…I am already in the middle of the next book. Because…I NEED TO KNOW WHAT HAPPENS!!!

Not gonna lie…I was a bit sceptical when I picked up this book. But I was quickly pulled into the world of Reds and Silvers and the Red Guard. I found myself listening to this book every spare minute I had. Intrigue, secrets, unknown powers, fears, lies, family, betrayal, and HOPE bleed onto the pages of this book in a neverending flow.

I still don’t know who to trust, although I DO know who is evil…I think…You know, come to think of it…I have no idea…afterall…

“Anyone can betray anyone.”
― Victoria Aveyard, The Red Queen

It is ridiculously hard to review a book like this…Only because I don’t want to give away spoilers. So I will leave you with this…If you love YA books…and have a fascination with dystopian/sci-fi type books…You should definitely give Red Queen a try. I think you will really enjoy it! Now excuse me while I finish the series….

I borrowed The Red Queen on audio from my local library. I was not required to write a positive review. All opinions expressed are mine alone.