A deleted scene from Bring Her Home 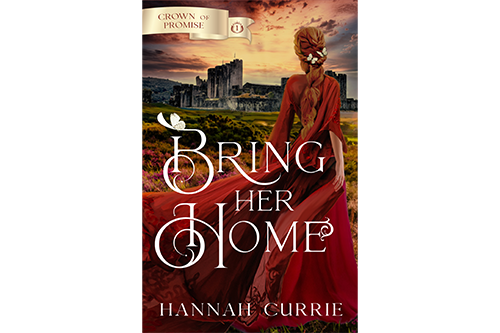 A deleted scene from Bring Her Home

Book One in the Crown of Promise Series

“I brought you something.”

Eva couldn’t remember the last time someone had given her a gift. Definitely before she’d left Raedonleith. Likely gold or a jewel or clothing or something. Something she’d likely smiled over before throwing with all her other riches, never to think of again.

From behind his back, Darrek pulled out not a jewel but a tiny flower.

She tilted her head, frowning a little. “You’re giving me a weed?”

Eva had to smile at how crestfallen the strong knight looked. Had he picked it just for her? “Yes, but, a beautiful one.”

She reached out and took it from him, rolling the stem between her fingers as she looked down at it. It might have been a weed, but she hadn’t been lying about it being beautiful. A pale lavender color with streaks of yellow, the petals were so delicate a single touch would mar them. It wasn’t surprising he’d thought it pretty. What was surprising was that he’d picked it for her.